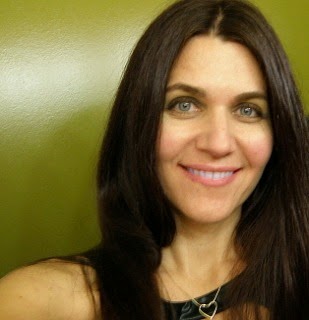 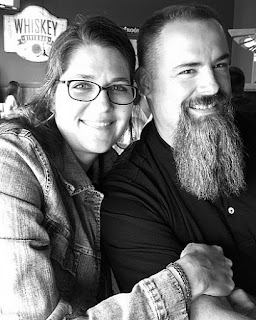 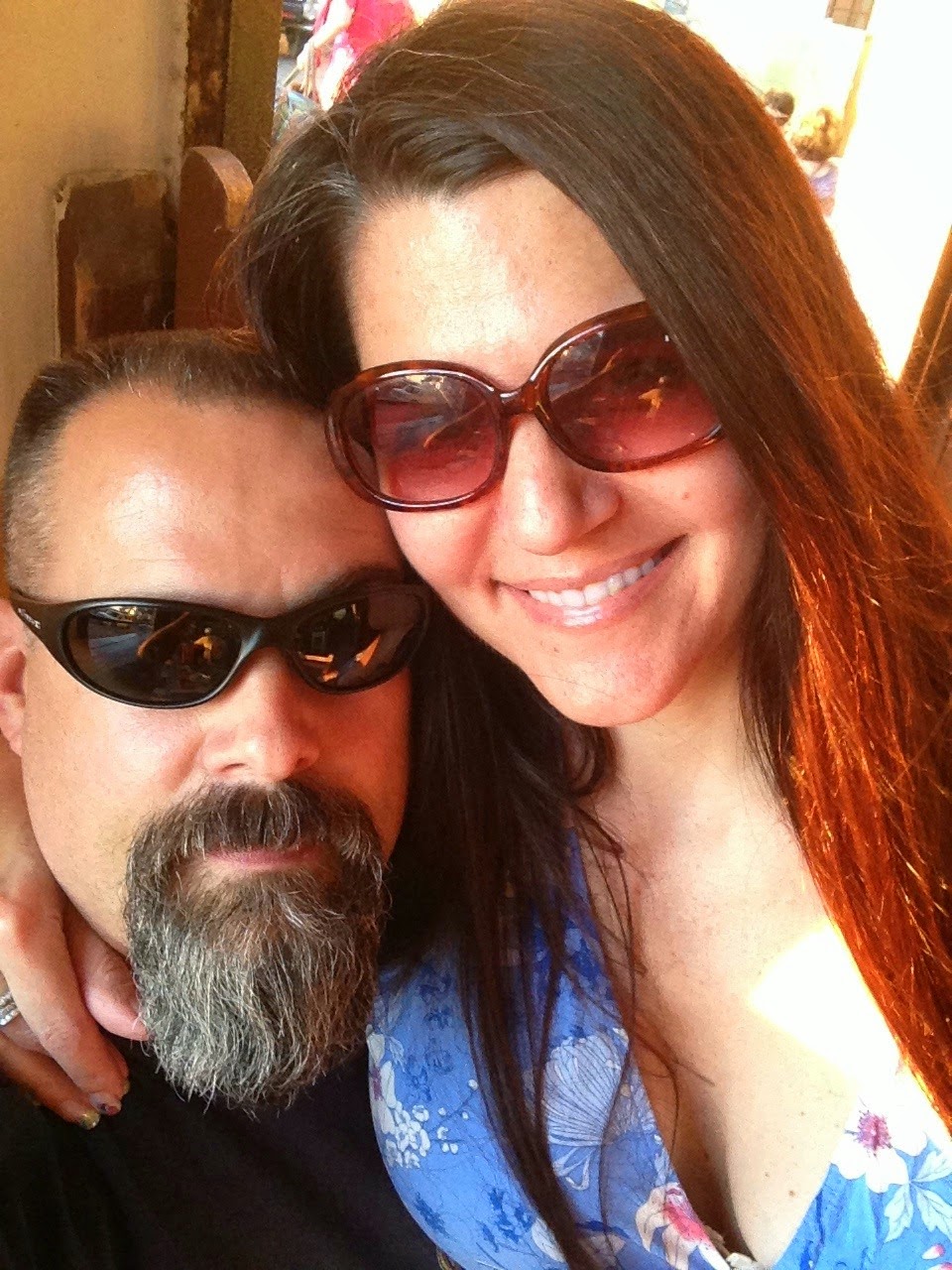 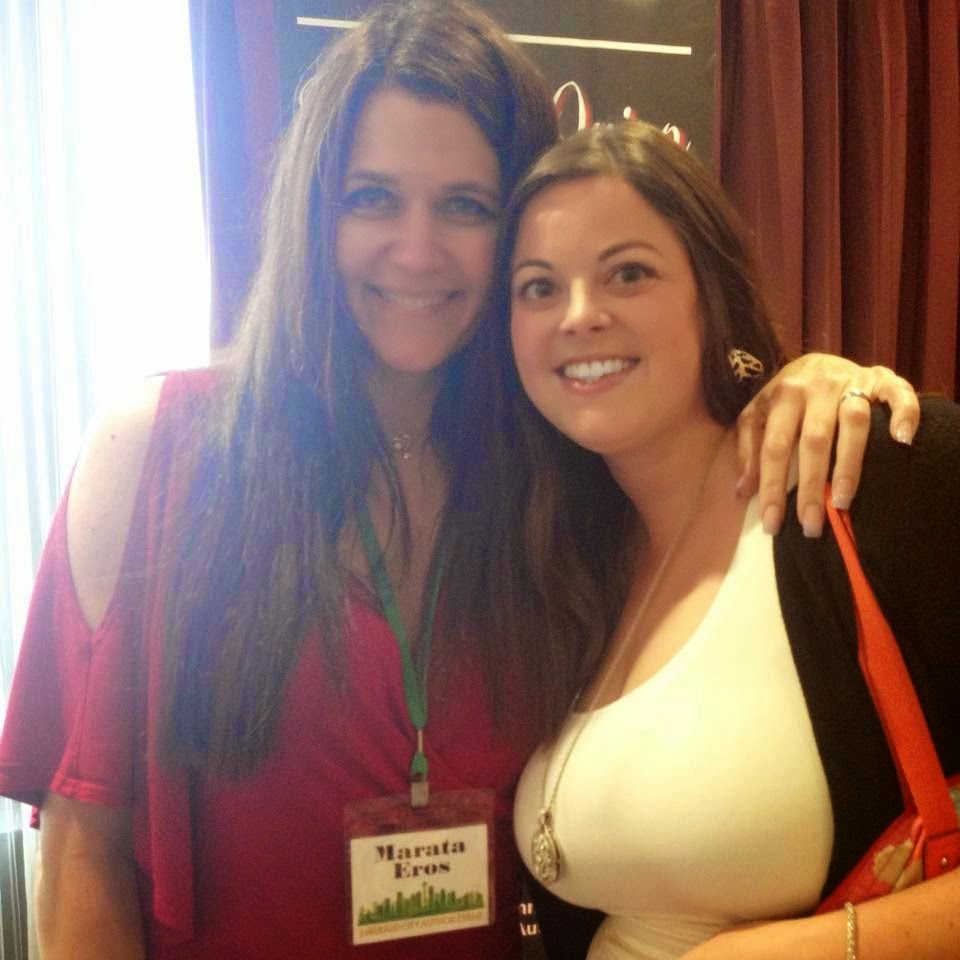 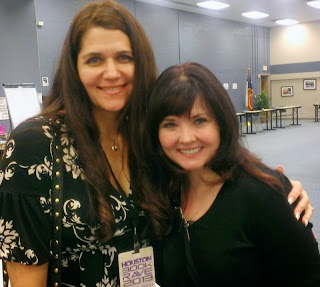 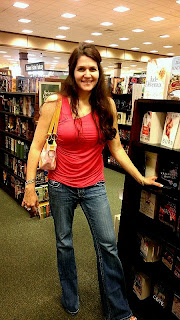 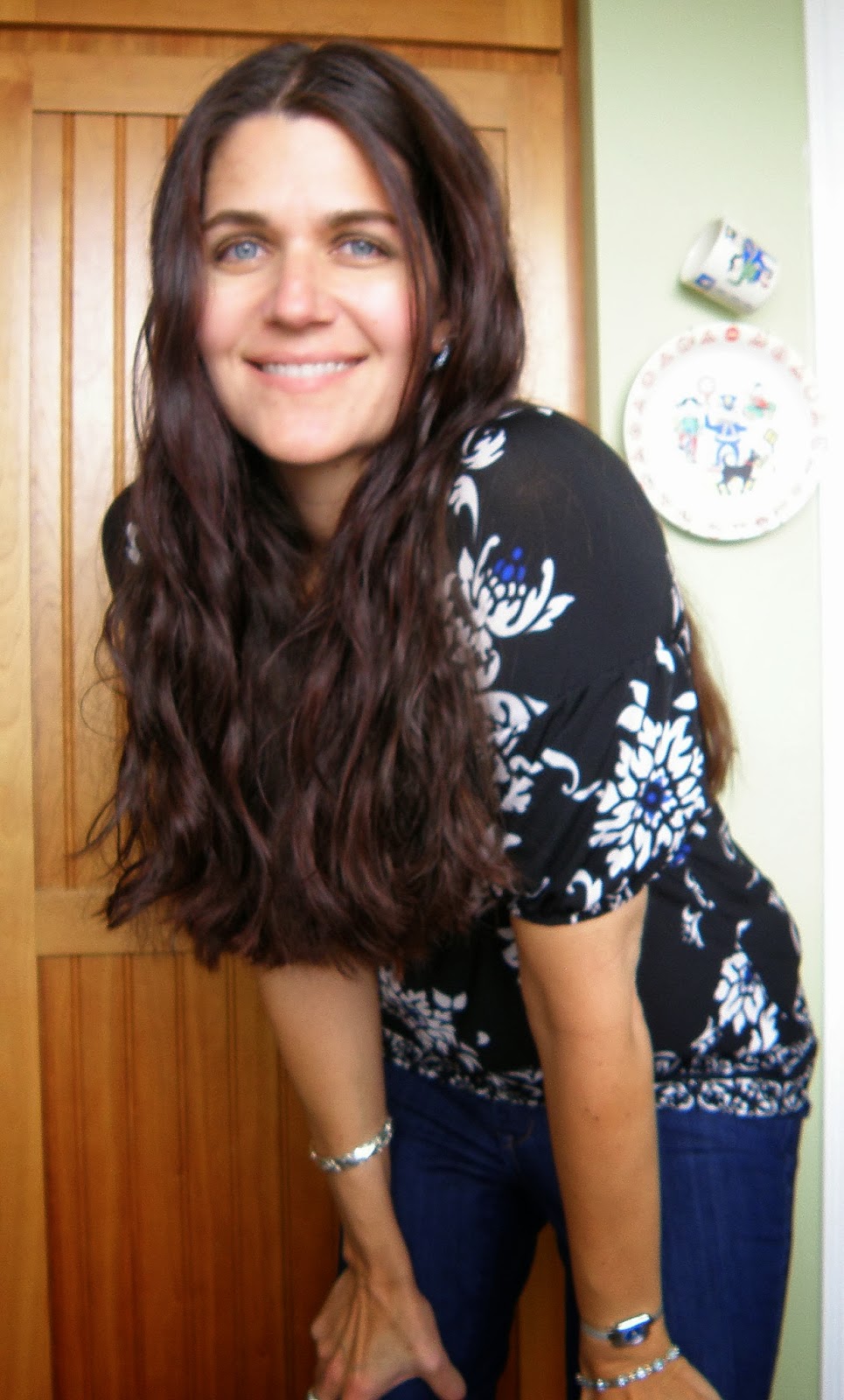 I have my author bio on the home page and while it mentions how many books I've written and in which genres, it glosses over personal details (word count guys). Lots of things have changed since I began writing Blood Singers in 2007, while some things remain the same. I'm a happily married, mother of four sons and a daughter-in-law, avid reader and reluctant house restoration enthusiast. During my stint in Alaska, I worked four years as a journalist for the Seldovia Gazette, and I'm originally from Kent, Washington (near Seattle). I now enjoy living in South Dakota and Mazatlan, Mexico. I've also lived in Hawaii back in the '90s.

In my spare time I read. I generally read at least three books per week. When I'm not reading, I like to work on various house projects that involve some sort of wookworking, staining and painting (yay for compressors and nail guns, just sayin'). In wintertime I dig sewing jammie bottoms, aprons and assorted other items for whatever sap receives them in embarrassing prints of my choosing. Hubs and I have taken up motorcycle cruising. Love it! I'm not a huge shopper but have difficulty passing up anything with excessive sparkles in a gauche pallet. Especially pink (I just bought a shiny pink tape measure, for instance). And I confess I have a terrible weakness for high heels. I buy my handbags based on their capacity to hold my Kindle!

See below for the kind of supervision I require during a typical work day: 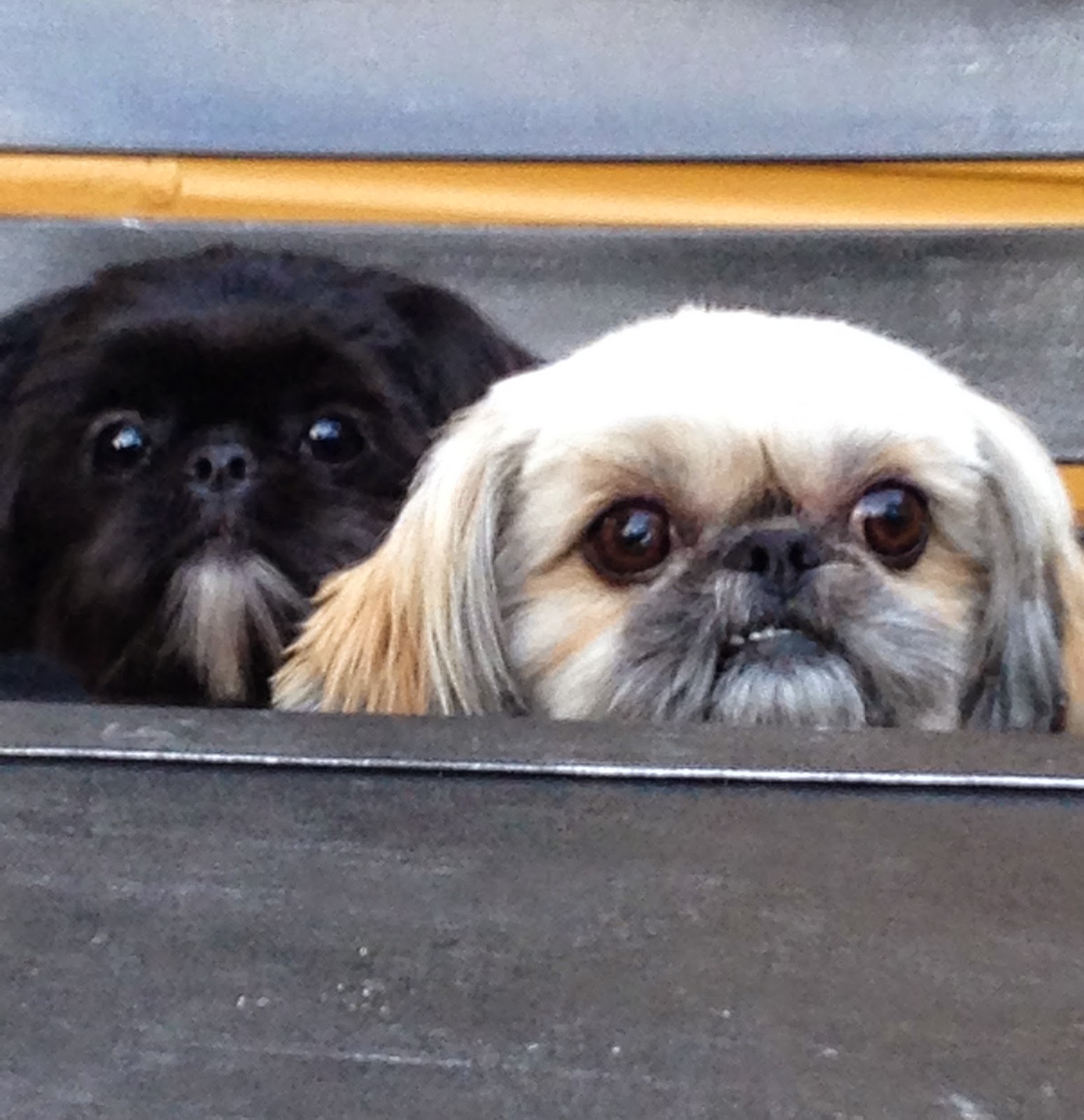 Hi Readers! I've received several emails from readers and many of the questions are nearly identical.

Q: Toward that end, I'd like to provide a link to another author who has covered the number one question I receive from readers/writers for the following topic(s) of: writing/tips/marketing, etc-
A:  Jamie McGuire #1 NYT bestselling author

Ms. McGuire has covered this subject beautifully and comprehensively.

Q: Would you review my book/ms?
A: I'd love to say yes, but the simple answer is: I don't have time. I'm totally jonesing for your success, but my own schedule constrains whatever discretionary time I have available; I'm sorry!

Q: Where do you come up with your ideas?
A: I'd like to give an impressive response but honestly, I daydream and "see" something that sparks one idea. Later, another idea might rear its head and suddenly the two ideas collide and become the beginnings of a story. It always happens this way (when I'm not actively seeking any story ideas).

Q: How do you write so fast?
A: I write one speed and it's pretty much all I have. I've tried to do "half" my normal writing block and it's harder. I've tried to do more and it exhausts me. I seem to have "X" amount of words in me per session. Essentially, I don't personally see it as fast, because adjustments don't work, it's just "my speed."

FACT: Why don't you follow/like me?
A: It's not personal! Readers are watching who and what I follow and like. If I endorse a book in some fashion, it's genuine and I want readers' confidence that I really enjoyed the novel... and all the other things I "like." Now, for bloggers, I do follow many because I want to support them as individuals (as many supported me).

If I'm not familiar with a twitter account holder or they're not "relevant" to my tweet stream/content, then I'll wish to remain relevant for my purpose for being on Twitter: tweeting about my work, giving a thumbs up to those reads I loved and networking about books/reading. In addition, sometimes I miss someone I would have followed. I'm human- it happens. I do enjoy following readers back but don't always know that they ARE my readers. Thank you for understanding.

A: Books are art. Not everyone will like the words I paint.

Q: How many words determine what a novel is? A novella?

A: Check out this graphic, it sums it up so well:

Q: What's the best/most helpful advice you ever received?
A: This is three-fold-- 1) KEEP WRITING!!! 2) Hire an editor 3) Great cover art is usually hired out.

My copy editor for my indie work: Red Adept
My cover artist for the Blood, Savage and Reflection series: Claudia McKinney-PhatpuppyArt.com
My cover artist for my other works: Willsin Rowe
My paperback interior/exterior cover service: CreateSpace at Amazon 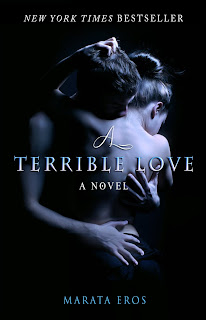 In this sexy and suspenseful new adult novel from New York Times bestselling author Marata Eros, a woman struggles to keep her painful past hidden—only to discover she's not the only one with secrets...

Jess Mackey is living a meticulously fabricated lie of necessity. She's left the secret tragedy of her past behind along with who she was and is forging ahead with a clean slate. But Jess soon discovers that passion can't be left behind—neither her own, nor that of the one man who sees who she really is…and whose unexpected presence may breach the peaceful life Jess has painstakingly created for herself.

Devin Castile didn’t expect to meet a young woman who may be the missing puzzle piece to his existence…and who is also the victim of a heinous crime. Devin convinces himself that he can remain emotionally distant even while indulging his physical desire for her. But when Jess’s lies begin to crumble in the face of their undeniable attraction and the truth is revealed, one of them might pay with their life. 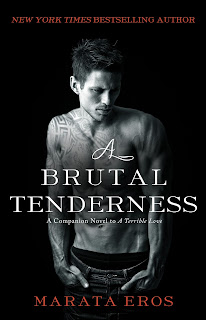 There are two sides to every story. In this dark and sexy companion novel to the New York Times bestseller A Terrible Love, experience the sizzling passion and pulse-pounding suspense through FBI agent Cas Steele’s eyes as he hunts down a psychopath...and falls for the killer’s prey.

Cas has been charged with an unsavory task: manipulate the hauntingly beautiful Jewell MacLeod—a woman he has every reason to hate—and slowly gain her trust in order to use her as bait to lure in a killer. But as the killer draws closer, Cas realizes that he can’t deny the scorching chemistry that ignites between him and Jewell, even if giving into his physical desire for her means jeopardizing his mission...and opening himself up to the possibility of a real and terrible love... 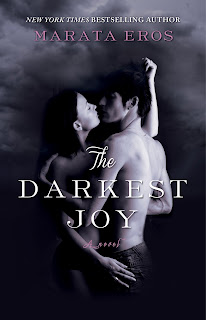 A sexy and poignant new adult novel from New York Times bestseller Marata Eros, about two lost lost souls who find each other in the wake of tragedy, only to learn that love may not be enough to heal the wounds of a dark and tortured past...

Twenty year-old Brooke Starr has escaped the aftermath of a brutal tragedy by abandoning her music studies and moving north to take a summer position as a part-time deck hand on a deep-sea fishing boat. When her survivor’s guilt becomes unbearable, Brooke realizes there's only one thing she can do to finally erase the pain.

Deep sea fisherman, Chance Taylor, has just wrapped his guitar set at the local saloon when he sees the silhouette of a young woman in repose, the full moon highlighting her shadow as she plummets from a pier too high for diving... into water too cold to survive. Without thinking, he plunges in after her, saving Brooke from drowning.

As Chance works to save her from her own emotional fragility, Brooke finally begins to learn how to save herself. But when their chemistry begins to consume them, Brooke withdraws. She’s determined to be the master of her own destiny... until the past catches up with her in a cataclysmic plan so dark, so final... it threatens their love and their very lives.

With the recent success of my new adult contemporary romance, A TERRIBLE LOVE, that sits at #21 today (2/28/13) in the top 100 at Amazon, it was my hope that by revealing my pen name, my TRB following could enjoy this new transitional work. It is my first attempt at a non-paranormal story and its success allowed me the confidence to share it with my faithful readers.
If you're over 18, Please visit my adult blog,  which features dark erotica and my dark romantic suspense title, A TERRIBLE LOVE, by Marata Eros:
Marata Eros

I'd like to thank my readers for their patience as I continue to write in many different genres.... 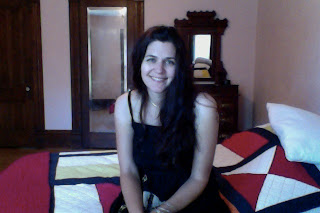