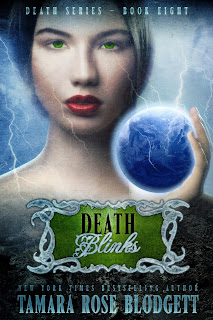 Paxton Hart has used his ability to escape the grasp of the Sanction Police, who want him for the illegal import of the undead.

From a parallel plane.

Unfortunately, Pax has blinked the entire group to an earth more corrupt than his own, where the undead serve the living in illicit sex trade, and cyborg-human hybrids are slowly taking over humanity.

When Deegan and her zombie, Mitchell, become separated from Paxton during a recent blink, they find themselves in a world where soldiers have a form of blinking they call Reflection.

Reflective Lance Ryan pronounces himself judge and jury as he discovers that Deegan has more than Affinity for the Dead, but the dangerous Atomic ability.

Deegan just wants to find her family and return to their earth before the Reflectives can punish her for an ability she can't help having—and doesn't want.

As the group finds one other, a new reality of fertility and danger rears its head. Do the women stay where they can conceive children who are so rare and risk their lives? Or do they return to an earth where certain persecution awaits them, and a lifetime of barrenness?

Should Deegan put Mitchell to rest? Or will he become more than anyone thought possible?
Including her. 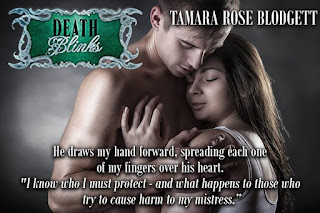