Congratulations to Kami B. for the winning title selection! 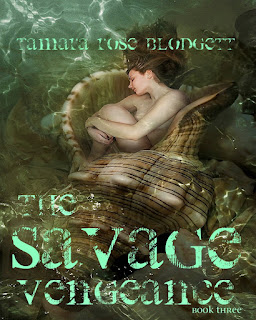 The Savage Vengeance
Book Three of the Savage Series
*
Here's what Dictionary.com says:
venge.ance
noun
1. infliction of injury, harm, humiliation or the like on a person by another who has been harmed by that person; violent revenge.  But have you the right to vengeance?
>Ah-huh
I think our Guys with the Gills can take care of this fragment problem... what do you think Readers?
*
I wish to thank every reader who entered.  My second choice was, The Savage Providence, by Calia. I have already emailed Calia to inform her if I use her title choice in a future Savage installment she will receive a signed copy of that book!
*Honorable mention goes to Calia (pronounced Cal-la like the flower, Calla Lily). Her name pinged around inside my head incessantly so she was gracious enough to allow its use in Vengeance! Thanks so much =D Her character is already coming to life. Sometimes that happens...
Awesome entries!
****
*DRUMROLL*
Congratulations to Shannon for choosing the winning name for Alex's love interest! 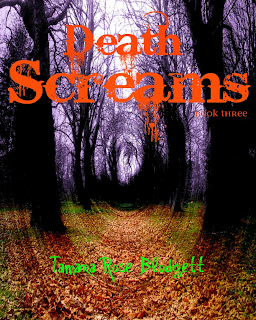 Death Screams
Book Three of the Death Series
January 15, 2012
And the name is:
*Merranda*
"Randi" for short.
(Can anyone guess whose daughter she is?)
Bonus!
*Honorable mention goes to Logan Rutherford, who had many name choices I liked. However, it was his name that I will be using for a surprise revealing at the end. Watch for it!
It's noteworthy that many entrants names I loved as much as their entries! Just a coincidence... ;)
I adore my readers XOXO Tamara
Email Post